During the holiday in Spain, we escaped - i mean - drove 4 hours West to the historical city of Granada. there were great slapstick moments, like forgetting any long sleeves except for one shirt which i left under a leaking air conditioner 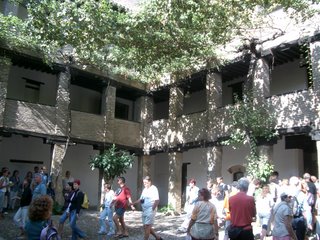 mmmmmm... tourists. this was an old hostel for traders. there were once thousands of them around Europe. today, this is the only remaining one of it's kind. 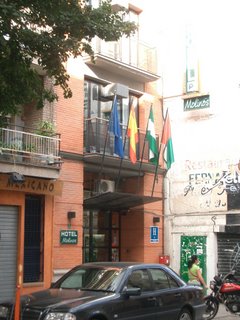 where we stayed (the actual narrowist hotel in Europe! get in) 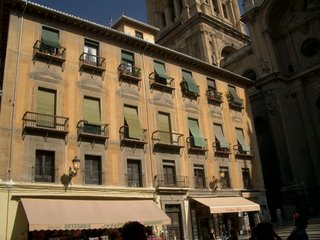 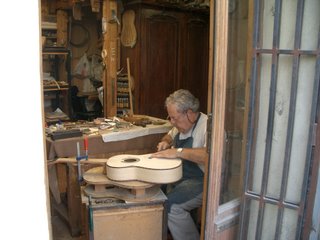 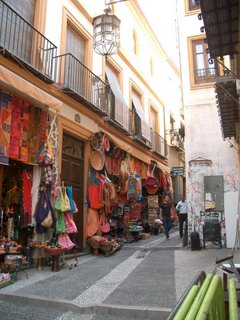 power was continuously won and lost over the years, predominantly by muslims and Catholics. There are many important Moorish and Catholic architectural sites and interesting views in Granada. Muslim influences include Bazaars like this and the tiny winding streets. we of course went on a CITY TOUR, but it was all over my head - Moors to the Jews to the Phoenicians to the Carthagenians ... 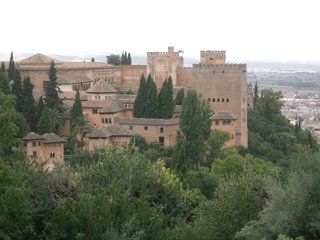 The Alhambra, the ancient Moorish citadel and palace. It is 'the most remarkable item of the Muslim, Jewish, and Christian historical legacy'.
Posted by Jasoni at Friday, September 22, 2006