stories of the communist capital

Saw the Stasi prisons in Lichtenberg, where political prisoners were held until the year of German reunification.
-During the 40 year GDR regime, the Stasi kidnapped 70,000 people, before and during the days of the Berlin wall, whether they living in East or West Germany
-boy was caught telling an anti Honnecker joke and received 1 year in prison
-girl was caught trying to escape to West Germany so her friend was given two years in prison for not ratting on her
-the Stasi opened an average of 90,000 private letters a day

Blurry images: Rubble women, with the job of cleaning up after the war. 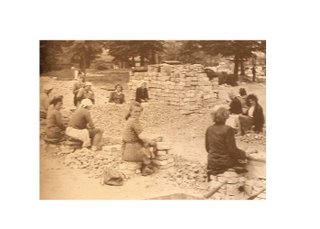 Queues in a snowy xmas '63 when, for the first time, Westerners could visit their families in the East (thinking it was a once only offer). 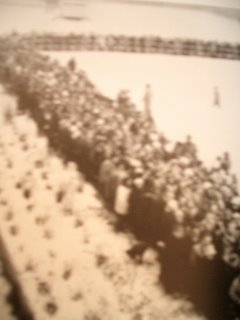 Zehlendorf was a neighbourhood which belonged to West Berlin, but was outside the line of the wall - so they had a road they could pass through. a boy came home and said he was stopped by border guards, so he was given a daily US tank escort. after the Cold War, it was discovered he was lying so to play truant. puts Ferris Bueller into perspective. 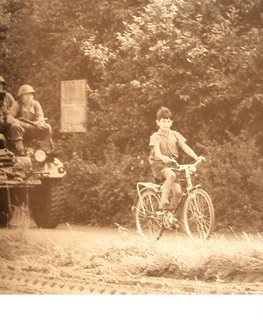 People jumping out of windows at Bernauer Strasse to land in West Berlin. Some died from the fall 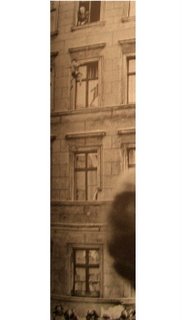 The soldier-wall standing in front of Brandenburg Gate. 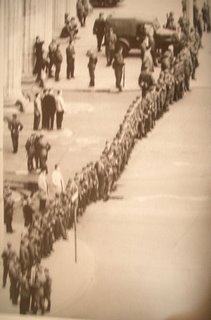