The Amazing Stories of Robert Capa

Robert Capa is known as the world’s quintessential war photographer, and the strange stories that make up his life are awe inspiring.

An aspiring writer, André Friedman (Capa's real name) moved to Berlin in 1932. There he found work in photography, the art he came to love. Shortly thereafter, he had to leave for Paris due to the rise of National Socialism. In Paris, he lived the life of a struggling freelancer with his fiancée, Gerda Pohorylle, a German Jewish refugee. He showed her the techniques and Gerda became a successful photographer in her own right, taking the name Gerda Taro. 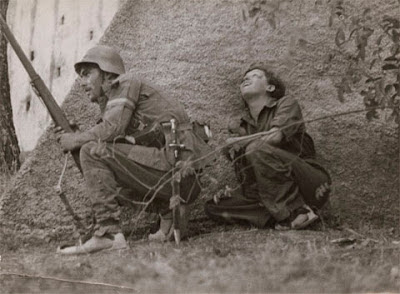 They left for the U.S. to flee the Nazis and manufactured a company consisting of Gerda (secretary and sales rep) and André (darkroom boy), working for a famous, fictitious American photographer, 'Robert Capa'. Capa chose the name for its similarity to the name of popular film director, Frank Capra. Their scheme got found out by an editor, but by then Capa had made his name and was sent to cover the Spanish Civil War. 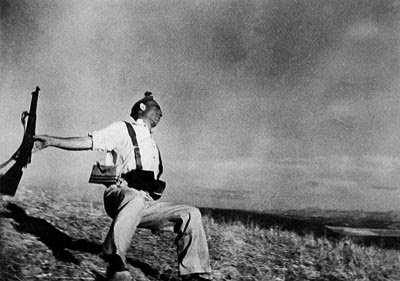 The death of Federico Borrell García

In Spain, Capa became famous for catching on film the moment a soldier had been shot, Death of a loyalist soldier in 1936. The following year, Gerda was killed covering the Battle of Brunete. Capa was devastated and never married.

Capa followed World War II around the globe. He shot the war in China, parachuted into Germany with the 17th Airborne Division and was the only photographer to accompany the first, most deadly wave of infantrymen onto Omaha Beach on D-Day. The pictures he took are the only photographs of the battle (and is the imagery that Steven Spielberg used for making his film Saving Private Ryan). I find this following fact amazing; Capa was with the first wave of infantrymen on Omaha Beach, armed only with his camera... and when developing the pictures... a 15-year-old lab assistant in England melted the negatives and only a tiny fraction of the pictures survived! 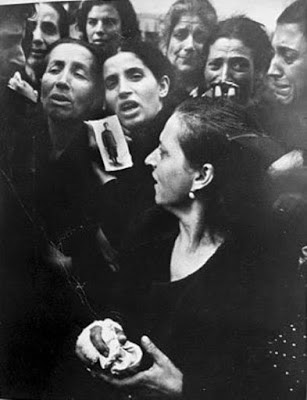 The above picture tells a very sad, heroic story. It is of a funeral of twenty Italian children. Led by one of their teachers, the boys fought against Nazi soldiers for four days before the arrival of the Allies. 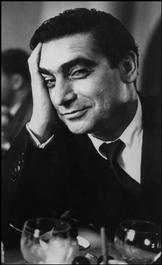 Capa fought against fascism. His weapon was his camera. A British magazine published Capa's photos from the Spanish Civil War with a handsome portrait and the description, 'He is a passionate democrat, and he lives to take photographs.' In December 1945, Capa came to work for American International Pictures and had an affair with Ingrid Bergman. She was keen on marriage but the Hollywood life wasn't for him. Their romance was immortalized by their mutual friend Alfred Hitchcock in the classic film, Rear Window. He was a war photographer who couldn't sit still. He was killed by a landmine in 1954 covering the Vietnam War, age forty.