During the Nazi occupation of France, Marcel Carné decided to make an epic film that had nothing to do with war but rather love and art, set around the Parisian theatres in the 1830s. Some polls have hailed it the "Best French Film Ever". 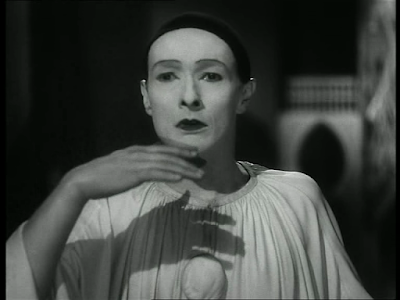 Baptiste, one of four very different men (the mime, the actor, the criminal, the aristocrat) who fall in love with the beautiful Garance in their own different way


The film’s profound history kicks up some great stories:
Many members of the French Resistance were part of the film crew as Nazi power was at its peak in France and these fighters needed concealing. Production designer Alexandre Trauner and composer Joseph Kosma - both Jews - had to work in hiding and submit their ideas via intermediaries. Several of the characters are based on real people, including Pierre François Lacenaire (1800 - 1836) a noted French poet and murderer, and inspiration for Dostoevsky's Crime and Punishment.

The largest studio set in the history of French cinema was built - the quarter mile of street frontage, reproduced in scrupulous detail, representing the Boulevard du Crime, the theatre district of Paris in the 1830s and 40s. This would have been a daunting prospect at the best of times but in Vichy France it was a miraculous achievement.

Turning was ended a short time before the D-Day and the director, having planned to distribute the film after the liberation of France, had three copies printed and concealed in three different places: a cellar of the Banque de France, a strongbox of Pathé and a Provence country house.(from imbd)
Posted by Jasoni at Monday, August 10, 2009