The 1981 film version of The Postman Always Rings Twice opened at the 1981 Cannes Film Festival, getting negative reviews from most critics who felt that the remake was wasted. They also believed the ending was "very weak" compared to the original film. They also criticized that the title is not mentioned in the remake, which can lead to confusion among viewers.

Frank Chambers and Cora Papadakis become lovers and plot together to murder Cora’s husband in order to start a new life together without losing her business. They get away with murder, then Cora dies in a car accident.

The main difference between the adaptation and the original novel is the ending. In the novel, Frank – who has gotten away with the murder of Frank – is convicted of killing Cora. In the police cell he has to chuckle, the postman always rings twice. In the film, as Frank cries over the body of his dead lover, sirens can be heard in the distant background which hints that this could happen... hmmm.. 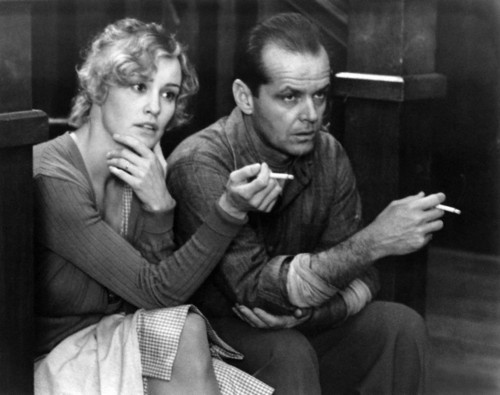