Sometime in the 90s I saw Gérard Depardieu in the lavish film adaptation of the classic play, Cyrano de Bergerac, about a fierce soldier with a 'groteque' face and the heart of a poet. I’ve been obsessed ever since. Did you know it introduced the word ‘Panache’ into the English language?

In the Berlin Film Museum shop, I found a 1923 silent film version. It's bizarre - such a lyrical play adapted as a silent film, but I'm chuffed to have a version of the play made less than 30 years after its first performance! In the extras, they have footage (screen grab pictured below) of the original actor who played Cyrano, Benoît-Constant Coquelin, caught on celluloid, as film makers were experimenting putting sound to moving images. Rostand wrote the part of Cyrano for Coquelin; Coquelin's 'panache' inspired the fictional creation, and Rostand dedicated the play to him. 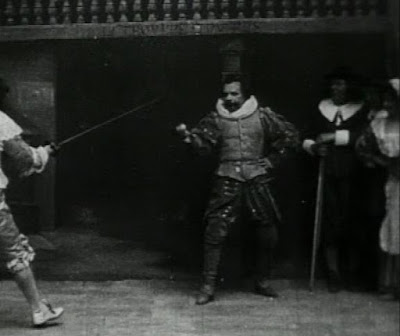 But enough about the fiction. The protagonist in Rostand's play was based on a real man! And he didn't have a protruding nose

Savinien de Cyrano de Bergerac (6 March 1619 – 28 July 1655) was a French novelist, playwright and duelist. Impressively, he's credited with writing the earliest forms of science fiction. His work has had a turbulent history and much of it was destroyed, but here survives an amazing translation of Voyage dans la lune, ‘A Trip to the Moon’. I have a nice paperback version, but this online version is great, as it has many illuminating annotations. It's surprisingly modern and amusing. Cyrano uses the genre to satarize the powers that be, and it seems those powers haven't come very far over the centuries.

The reason why much of Cyrano's work was destroyed was their controversy. Rostand must have been attracted to the historical character for his brave sense of honour and reason. While the likes of Molière (who it has been claimed 'borrowed' from Cyrano’s work) made a career writing plays for the king, Cyrano was an outsider writing against the mainstream (for example, against the superstitions that resulted in witch hunts) and the war-hungry establishment. The real life Cyrano – who died young, without recognition, and possibly because he had angered the wrong people – has become a strong symbol of the plight of the honourable artist. 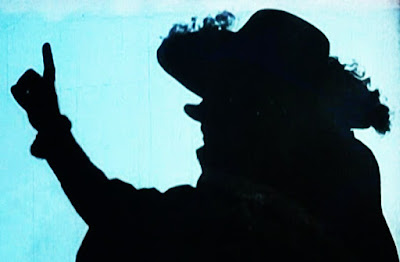 Writing against the sacramental belief in witchcraft was highly controversial in the 17th century. Believing in God went hand in hand with believing in the devil and witches, resulting in paranoia, witch hunts and many an innocent getting burned at the stake.

In his Against Witches, Cyrano highlighted the infamous cases where truth eventually came out, incidents which had rational explanations – including sexual abuse carried out by priests resulting in young women (not ‘witches’) having nightmares for years to come (not ‘dark visions’). Cyrano said in his introduction that reason was his queen. He stated that priests had been wrong in the past and they would be in the future. Biographer Ishbel Addyman attests that due to the likes of the humane rationals like Cyrano, the phenomenon of the witch hunt faded out though people continue to look to superstition for how to live their lives and for what can’t be explained. The last accusation of witchcraft in France was in the 1950s.

Since I wrote this article a few years ago, there has been a shift (ah, the wikipedia age) and it seems most people realise Cyrano was a real person, though when he comes up in conversation, people still ask me, 'Did the real Cyrano have a big nose then?'

Much of the info for this blogpost was from Cyrano: The Life and Legend of Cyrano de Bergerac by Ishbel Addyman, which I would highly recommend!
Posted by Jasoni at Monday, January 11, 2010

Glad you enjoyed the book!