I enjoyed the new (Robert Downey Jr) Sherlock Holmes film. Great sets, fun seeing a half finished construction of Tower Bridge. At the same time I did identify with a review that said, ‘I liken this movie to a caramel chocolate amaretto pineapple peppermint latte with extra cream. Did the plot forget anything? Oh yes, cinnamon sprinkle!’ Hehe. Yes, it was a silly, action romp, but there were enough fun sleuthing scenes, good banter with Watson, and Holmes's logic vs. believers in the occult was a deserving theme for the film. 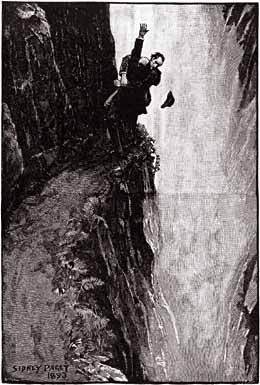 The killing off at the Reichenbach Falls

Sir Arthur Conan Doyle killed off his boxer-swordsman detective, complaining to his mother that he was taking up too much of his professional time. Imagine that, ‘Mum! I can’t stop writing stories about one of the most enduring fictional characters ever, who I invented, that the public really love. It’s stopping me from being productive!’ Conan Doyle’s mother warned him what would happen, and mum was right, after public outrage, the author was forced to bring Holmes back to life.

An amazing irony was that Doyle, creator of the ultimate logician, Sherlock Holmes, was himself a believer in the supernatural. By the end of World War I, Conan Doyle had lost his wife, his son, his brother, his two brothers-in-law, and his two nephews. He sank into a deep depression, and found solace supporting Spiritualism and its alleged scientific proof of existence beyond the grave. In 1921 he published The Coming of the Fairies containing theories about the nature and existence of fairies and spirits, convinced of the veracity of the photographs of the Cottingley Fairies. 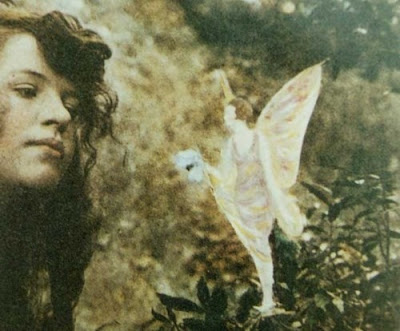 In the 1980, the two cousins responsible for the Cottingley Fairies photographs admitted they were fake, saying they were too embarrassed to admit the truth after fooling Conan Doyle. 'Two village kids and a brilliant man like Conan Doyle, well, we could only keep quiet.'

Conan Doyle also doubled as amateur sleuth, investigating two closed cases which led to two men being exonerated: The 1908 case of Oscar Slater who was convicted of killing a woman in Glasgow, and two years earlier the case of George Edalji (imprisoned for mutilating animals) actually led to the establishment of the Court of Criminal Appeal!