I only managed half a nanowrimo novel this year. 25,000 words or so. Didn't have the discipline to move out of second gear but in what I did do, there were wonderful moments of ideas growing out of ideas and things fitting together. I took a tip from Sarah Quigley's Write, which I need to rethink next time. You do not need to think about writing until you are sat in front of your computer. This method has worked in the past, but as I didn't think ahead or plan at all, the nano-story took a long time to get going.

Another thing I can blame is the beautiful animation you can see on youtube. 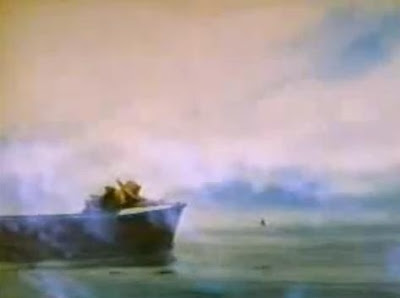 For Alexander Petrov's animation, The Old Man And The Sea (based on the Hemingway story), for each frame he finger paints on glass then photographs the results. This film is made from 29,000 takes 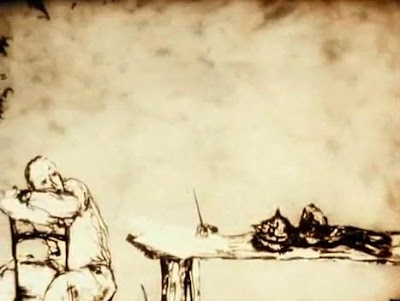 Tale Of Tales, by Yuri Norstein (USSR, 1979), was elected best animation film of all time during the 1984 Olympic Arts Festival in Los Angeles, and again in 2002. One of Russia's best known animators, Norstein's films Little Hedgehog in the Fog (1975) and Tale of Tales 'show not only technical mastery (although not smooth animation), but also an unrivaled magic beauty.' 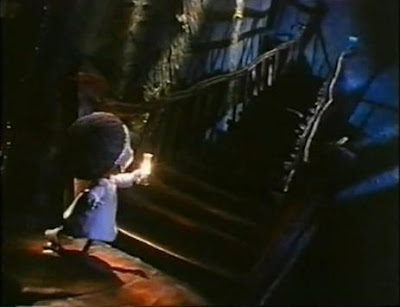 The Sandman (1992), this Oscar-nominated short film is a chilling interpretation of an old European folktale.


The wonderful When The Day Breaks.

And I met the walrus. (In 1969, a 14year old Beatles fanatic snuck into John Lennon's hotel room and convinced him to do an interview...) 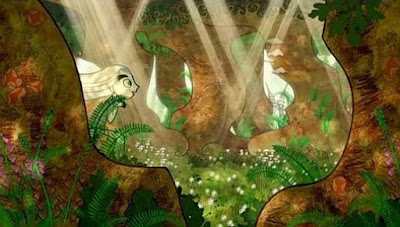 The secret of Kells