The Disappearance of Jean Rhys

Enjoyed Jean Rhys's Good Morning, Midnight. Ahead of its time, it's a small slice of life with a few flashbacks where the protagonist deals with alienation and alcoholism. 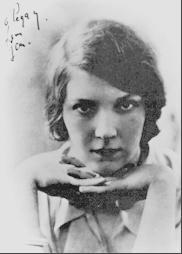 The novel was published in 1939, its author received no recognition; and Rhys then disappeared so completely from public view many believed she was dead.

Years later, the actress Selma Vaz Dias adapted the novel for theatrical presentation in 1949, her husband had to place advertisements in the New Statesman and the Nation to find Rhys in order to gain her permission, which she gave enthusiastically. Rhys credited Dias for reawakening her literary inclinations, stating in November of that same year that Dias had "lifted the numb hopeless feeling that stopped me writing for so long." In 1957 Dias's adaptation of Good Morning, Midnight was performed on BBC radio.

Rhys went on to write the classic 1966 Jane Eyre prequel, Wide Sargasso Sea, giving life to the Creole 'madwoman in the attic'. If she'd have had earlier affirmation, would her output have been different? Would she have written Wide Sargasso Sea? In a brief interview shortly before her death, Rhys questioned whether any novelist, not least herself, could ever be happy for any length of time. 'If I could choose I would rather be happy than write ... If I could live my life all over again, and choose ...'

Went on to read the brilliant biography: The Blue Hour: A Portrait of Jean Rhys by Lilian Pizzichini. Fascinating life, highly recommended!