Saw Isabelle Adjani and Gérard Depardieu in Camille Claudel, a moving 1988 film about the life of the 19th century sculptor. 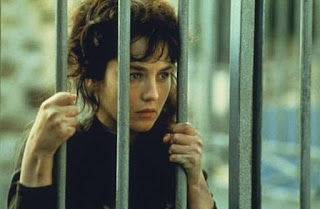 A tragic figure, and an artist in her own right, around 1884 she started working in Rodin's workshop and became a source of inspiration for him, his model, his confidante and lover. In 1903, she exhibited her works at the Salon des Artistes Français. After 1905 she appeared to be mentally ill, destroying many of her statues and was diagnosed as having schizophrenia.

Her father, who approved of her career choice, tried to help her and supported her financially. When he died 1913, Claudel was not informed of his death. Days later at the initiative of her brother, she was admitted to a psychiatric hospital. The form read that she had been 'voluntarily' committed, although her admission was signed by a doctor and her brother. There are records to show that while she did have mental outbursts, she was clear-headed while working on her art. Doctors tried to convince the family that she need not be in the institution, but still they kept her there. 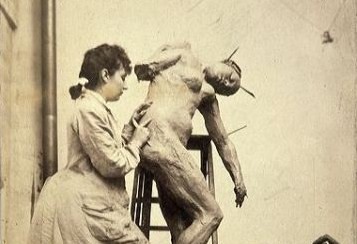 For a while, the press accused her family of committing a sculptor of genius. Her mother forbade her to receive mail from anyone other than her brother. The hospital staff regularly proposed to her family that Claudel be released, but her mother adamantly refused each time. In 1920, a physician sent a letter advising her mother to try to reintegrate her daughter into the family environment but nothing came of it. In 1929, fellow sculptor Jessie Lipscomb visited her and insisted 'it was not true' that Claudel was insane. Rodin's friend, Mathias Morhardt, insisted that Paul was a 'simpleton' who had 'shut away' his sister of genius.

Camille Claudel died on 19 October 1943, after having lived 30 years in an asylum. The publication of several biographies in the 1980s sparked a resurgence of interest in her work. 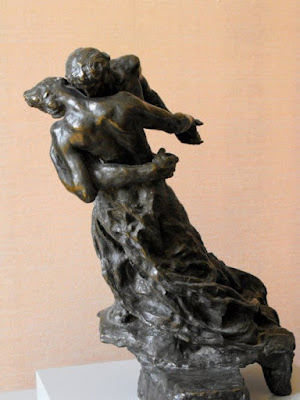 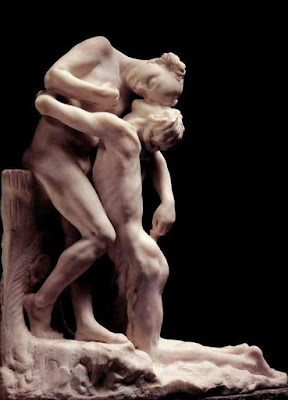 Vertumnus and
Posted by Jasoni at Saturday, March 10, 2012

Interesting story - was the film any good?