The Same as Sandwich

People in London eat sandwiches because there's no time or space for anything else. Forget fish 'n' chips and vindaloo. the sandwich is the national dish. though in Germany I did see a very hardline take on the whole thing, a sandwich with pumpernickel inside. pumpernickel is bread, so it was essentially a bread filling sandwich. kudos.

Named after John Montagu, 4th Earl of Sandwich, an 18th-century English aristocrat, after he ordered his valet to bring him meat tucked between two pieces of bread, because it allowed him to continue playing cards, others began to order 'the same as Sandwich!' 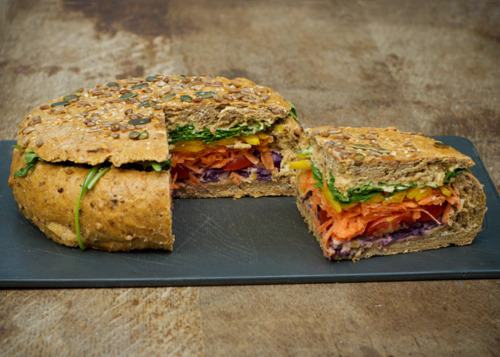 The sandwich - how fitting that other countries in Europe have such ceremonies, take such pleasures, and create longer lunch breaks to lingeringly taste and enjoy food, and in England we created a way to eat something that saves you time!
Posted by Jasoni at Wednesday, April 06, 2011