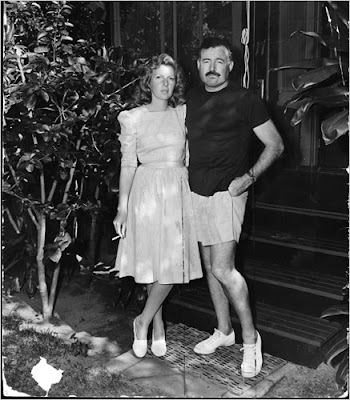 Enjoyed the short picture-book biography, Ernest Hemingway: A Writer's Life by Catherine Reef. What a character, ten times more fascinating than the fiction. At the end of it, funnily enough, the thing that sticks in my mind most is the following, relatively banal incident.

His third wife, Martha Gellhorn, was a war correspondent and novelist in her own right. Hemingway was on a downer-period and Gellhorn encouraged him to get off his arse and participate in war journalism. The paper she worked for could only afford to employ one war correspondent, so he approached that very paper and said, 'I'm Hemingway. Employ me.' So they did. And they fired her. After that, Gellhorn had to sneak around, talking only to non-ranking soldiers to do any reporting at all. The marriage didn't last much longer afterward. What a character.