With the riots happening in London recently, it’s hard to believe in the best of people.

This week I discovered the brilliant W. Somerset Maugham, reading The Moon And Sixpence - a wonderful, short novel. The book contained the following conclusion:

…I think I was more disappointed in her. I expected then people to be more of a piece than I do now, and I was distressed to find so much vindictiveness in so charming a creature. I did not realize how motley are the qualities that go to make up a human being. Now I am well aware that pettiness and grandeur, malice and charity, hatred and love, can find place side by side in the same human heart. 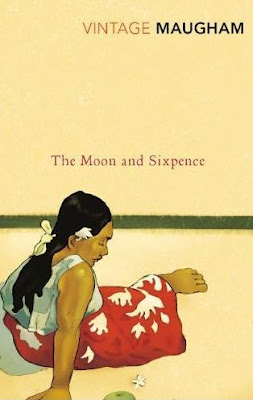 An interesting aside is that this novel is loosely based on the life of Gauguin, the central character a man who forsakes his family and all of society's rules to pursue his art. However, I learned on the BBC's great show on The Impressionists recently, that the true life scenario was rather different. Gauguin's wife took her children away with her to Scandinavia to be with her family. Gauguin followed them and tried to be a tarpaulin salesman to support them, he failed at being a salesman and was told to leave. He returned to Paris in his forties, alone, but free to pursue his painting.