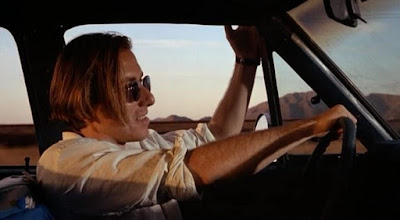 Tim Roth in Bodies, Rest & Motion
I just re-watched an old favourite of mine: the not very well known Bodies, Rest & Motion (1993, starring Phoebe Cates, Bridget Fonda, Tim Roth and Eric Stolz), and thought I’d do a shout out to those Good-Looking 90s Indie flicks. That genre name I just made up is quite a vague one. Let me clarify. At the end of the 90s, a Vanity Fair article labelled the flood of Good-Looking Violent Hipster flicks that appeared after the success of Reservoir Dogs (True Romance, Killing Zoe, 2 days in the Valley and Kalifornia come to mind) ‘Scuzz’ movies; and the article also said something like, ‘If in these films, Good-Looking young Americans sit about smoking and shooting each other, then in films like Singles (1992), they sit about smoking and talking about relationships.’ 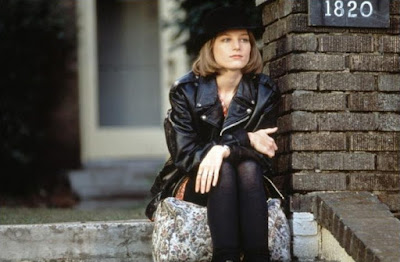 That’s what I’m talking about, they invariably had Bridget Fonda, Parker Posey and Eric Stolz in them, they had slow stories, cool dialogue and interesting characters. Singles was one of the best. I’ve been watching it since I was a teenager and I take something very different from it as I get older. It’s great when the films we grow up with do that instead of becoming dated and corny.

Other Good-Looking 90s Indie flicks that come to mind are Hal Hartley’s Trust, Kevin Smith’s Chasing Amy, Jon Favreau’s Swingers, Beautiful Girls (1996), Sleep With Me (1994) (though I haven’t seen that one in years)… actually I can’t think of that many. 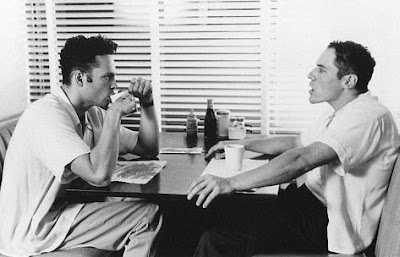 There were a few bad apples like Ben Stiller directing Winona Ryder and Ethan Hawke in the bland and glitzy Reality Bites, which had the good-looking people but no script or heart.

The script for Bodies, Rest & Motion was written by Roger Hedden based on his own play, and has solid characters and a story that moves along unassumingly. Shame it’s not better known but quiet films usually aren’t. A nice piece of trivia is that there is a special thanks to Harvey Keitel in the end credits. He was not directly involved in the film but he called Tim Roth (who had just starred in Reservoir Dogs and was being offered big money for a big budget film) and told him not to take the money but make the film he wanted to make, so he stayed with the project. Another amazing bit of trivia I just discovered is that legendary easy rider Peter Fonda has a cameo, riding along the open road on his motorcycle and stopping to exchange a few words with Roth. Strange for him to be in a film where his daughter has quite a raunchy sex scene but that’s for you.