D. H. Lawrence: The Life of an Outsider

D.H. Lawrence, a dissident, an outsider, and the subject of a very good biography by John Worthen. 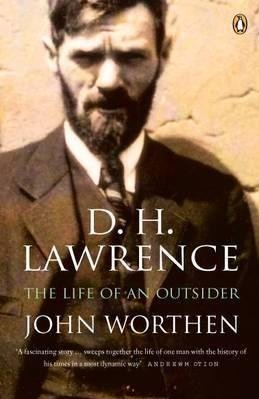 The book paints a rather pathetic figure; his writing was uncompromisingly based on his direct experience, often offending those close to him that he portrayed; but having a weak constitution, he was often ill and had to be nursed back to health by the very people he'd offended.

On the other hand, his resistance to conformity is awe-inspiring. Though literary London was impressed by his potential and ready to take him into its bosom, he rejected them in his single-sighted ambition to 'break himself off from his fellow man and write about instinctual senses, which took him away from the land of chill winds, boiled puddings, and coal mines for countries where lizards basked in the sun, where he hoped natural man - naked, uninhibited prevailed. He travelled with a restlessness that ought to have killed him and eventually did (at 44).' (Anthony Burgess)

He had a severe hatred of and couldn’t wait to get away. He was forced back during the war and due to his stark attitude, the British suspected of being a spy and had him under surveillance! In the (so much more eloquent) words of Anthony Burgess again, felt that, ‘ had betrayed herself. She turned herself into a pewing, dribbling monster of sanctimonious commercialism.  had become a lion among nations, a roaring beast, the England of Chaucer and Shakespeare, of Fielding and William Blake, that now should become dead mutton.’

And if you want to make a homage to D.H. Lawrence and other great literary figures, he features in my 9 London Literary Walks article I wrote for Skyscanner.