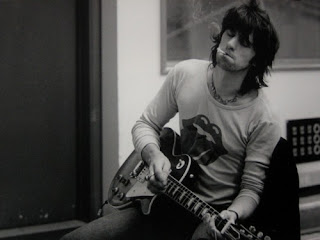 'Life' is an amazing read.

On writing songs…
I never feel I write them, I'm just an antenna and the songs are already zooming through the room, and I hope to pick up something. I sit with a guitar or at the piano and play my favourite Buddy Holly or Otis Redding songs and, with a bit of luck, something happens and you're off on your own track.

It's great that the inspirational Otis Redding covered their name making hit Satisfaction with soulful horns and Otis's unmistakably soulful voice. That was how Keith actually wanted the song to sound, how it was in his head. It was the same thing when other soul legends did Stones songs. All the Stones wanted was to be the best blues covers band in . It was only ever about the music and that’s why they’ve gone longer than anyone else.

In order to make the band more than a flash in the pan whose popularity would fizzle out after a couple of years, their manager insisted they needed to write songs and randomly picked Keith and Mick to be the songwriters. They were literally locked in a room overnight until they produced something. Randomness like that is a beautiful thing.