I came across a review recently that read: ‘Was there ever an author so forgotten...? Why have we forgotten Somerset Maugham? The themes here are really very contemporary and the style is anything but dated…’

I discovered Maugham only recently, but many in the UK don’t know him. He teases in his work that English literary society discarded him as a lot of his writing was 'entertainment'. I get the impression he's better known in , perhaps because he lived there for a while and became a popular figure in  many of his stories were made into films with him doing an introduction at the start. 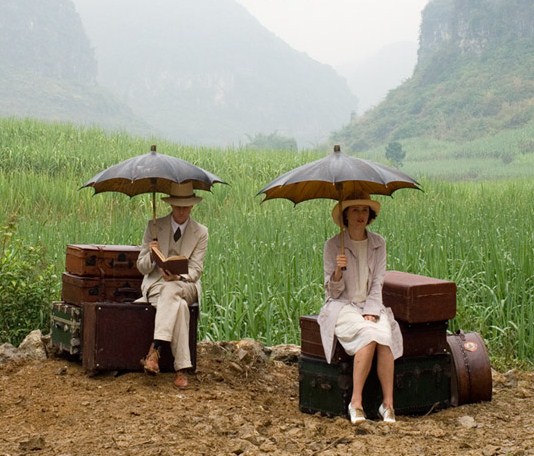 Edward Norton and Naomi Watts
in a recent movie adaptation

The Painted Veil is an exquisitely told story. Themes of love and beauty, nature and nurture, charity and society twist and pull the lives of a set of tragic characters. The best kind of story isn't moved along by some accident like a driver losing control of a vehicle or a badly timed phone call interrupting an important conversation, but when an impossible situation is brought about by the irrationality of human nature, you feel for the characters and want the story to work out some other way but however you work it, there can be no other outcome.