Anaïs Nin, No Surface All Feeling

I did a post last week on James M Cain, interested in how his work had been adapted to film, and though it didn't deteriorate into a rant, I did proclaim, 'Choose the book!' but of course there’s going to be more of everything in a book and film adaptations are generally triter, but we need films(and a relatively small percentage of the time, something very good happens).


At the time I was enjoying the diaries of Anaïs Nin. Nin wrote rich documentation on her state as a woman, artist, lover, in a beautiful language that reads like a classic novel. Naturally a film was made, Henry and June in 1990, and sure it looks great, the lovely Uma Thurman in boho garb, exuberant 30s Paris; it's just everything a film usually is when it's taken from a book, a little dialogue and the surface story line. 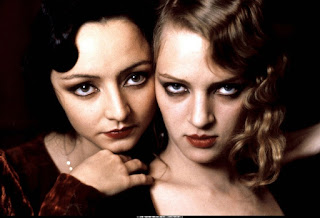 Maybe that's what's made us such a bunch of unfeeling surface-people these days. We settle for the film adaptations, we settle for the surface. Even authors these days grow up on films, and modern novels generally read like them. 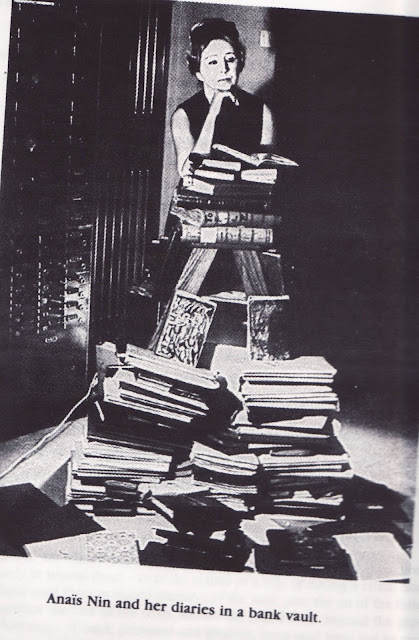 Nin wanted to live for art and passion, she wanted the deep interaction with those around her and lamented, 'Why can't I settle for the surface?'