The Secret Lives of Somerset Maugham

Enjoying this biography by Selina Hastings, despite Maugham's insistence that, 'The lives of modern writers are not interesting in themselves. A life of myself is bound to be dull.'

For much of his long life – he lived to be over ninety – Maugham was the most famous writer in the world. For nearly forty years in his luxurious villa in the south of he was filmed, photographed and written about until it seemed there was little the public were not at liberty to know about this legendary figure. But in a very true sense he lived much of his life under cover, he was gay when being gay was against the law. He worked for British Intelligence in both world wars, and as a writer of fiction he spent much of his day in a private world of the imagination peopled by characters often more real to him than men and women in the outside world. He was further distanced by developing a childhood a stammer (immediately after losing both parents at a young age) that made him agonisingly self conscious. 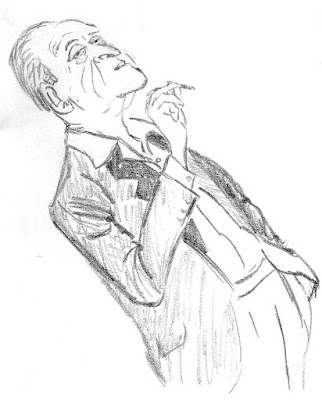 It was interesting to read about the process behind his classic The Moon and Sixpence, the narrator follows the trace of an artist resembling Gauguin and interviews people he knew. That's exactly what Maugham did (in fact, nearly all of his amazing stories are based on his life or events he discovered during his extensive travels). 'I have had a small power of imagination.'

Just like his narrator, Maugham went to  in 1917 to see the place where only fifteen years earlier Gauguin had come to paint. He found work by Gauguin and bought it from a local farmer for 200 francs, and hung it in his writing room where it remained one of his most treasured possessions.


The depiction of the artist's wife caused some distress to Mme Gauguin when she read it.

Reading The Moon and Sixpence it seemed to me the narrator had a disapproving fascination for the (fictional) artist who felt absolutely nothing for the people around him, or even making ends meet to keep body and soul together, as he became obsessed in his need to paint.  the story was an attack on the values of society and marriage, believing that Maugham was celebrating the artist's willingness to escape conformity and domesticity, which drains the soul of any creativity, to allow his artistic sensibilities to grow.

Her conclusion fits in with Maugham's unhappy experiences concerning marriage, he was ironically forced into the sacred bond by a woman whom he feared would expose him as a homosexual if she didn't get what she wanted. He was a famous a playwright around the time of Oscar Wilde's vicious trial which made him fearful of the consequences of exposure. Amazing that here we are a century later and British Catholic leaders are doing all they can to stop the 'madness' of same sex marriage.

Where Do We Come From? What Are We? Where Are We Going?