Finished! ...the brilliant biography on Maugham by Selina Hastings. As a fan of Maugham, I was happy to read about his long and eventful life. He managed to throw down the shackles of old society, divorcing his detested wife and living with his long term 'secretary' Gerald Haxton in the Villa Mauresque on the French Riviera, travelling, writing stories, and enjoying the wealth and fame the world bestowed on him. He lived past ninety and received masses of gushing fan mail every year, critics were only ever a sullen minority. All along hinted that there was a fatal betrayal in Maugham’s life, and the final chapter is devastating.

Betrayal came from a very unlikely quarter. Maugham had taken an understandable interest in his nephew, Robin. Robin was gay, had also suffered a difficult childhood, and also felt his calling was to write. Maugham always encouraged Robin but thought he was too prone to drink to ever apply himself (he wrote a few minor novels). He felt that Robin was only interested in people from the viewpoint of how they could benefit him (and this never makes a good writer, said Maugham).

Homosexuality was still illegal until two years after Maugham died and Maugham had been blackmailed at least once before. He had supported and been very generous and close to Robin, so it was a surprise when Robin subtly and indirectly menaced Maugham with images of exposure, and acquired vast sums from his uncle for his silence.

Then as soon as his uncle was in the ground, Robin sold so many of Maugham’s secrets that they had to be serialised. They shocked the world. As late as 2009 the Daily Mail ran the article: Is Somerset Maugham the most debauched man of the 20th century?

Perhaps it’s a curse to live to such an old age. There was an even worse betrayal to come, a twist as surprising and devastating as one that would appear in a story by Maugham himself. 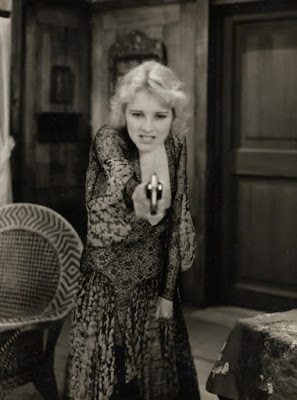 In 1944, Gerald Haxton died of tuberculosis at 52. Haxton and Maugham had parted ways amicably shortly before (as Haxton was also overly fond of the bottle), but upon his death Maugham was devastated. Then he quickly arranged for Alan Searle to join him. Maugham had met Searle at a dinner party in 1928, 'a young working-class man from Bermondsey, just the sort of rough trade Maugham liked.'

Searle tenderly looked after Maugham in his old age, and he was very friendly to Liza, Maugham’s daughter, and ostensibly found delight in playing with her children, but he held an insane hatred for the family. Though Maugham was financially generous to Searle, and if Searle wanted any assurance all he had to do was ask, but he was paranoid at being left with nothing upon Maugham’s death.

Past ninety, Maugham wasn’t all there, and it was easy for Searle to stir trouble that would ruin the end of his life. Searle would visit Liza in and say that Maugham had accused her of scheming and that he was outraged with her. Liza tried to contact her father but Searle apologetically insisted he was refusing to see her.

Under Searle’s direction, Maugham publicly disowned Liza and claimed she was not his biological daughter; adopting Searle as his son and heir. The case was taken to court by Liza and her husband, becoming one of the most infamous cases of its day, and it was overturned. Nevertheless, in 1965 Searle inherited £50,000, the contents of Villa Mauresque, and Maugham's manuscripts and copyrights for thirty years.

It was said that years later Liza was very suspicious that Searle had more to do with everything than originally thought.

After a life of being adamant he wouldn’t write an autobiography or anything particularly revealing, Searle brought in a publisher and together they convinced Maugham to write the 1962 volume of memoirs, Looking Back, which would result in fiscal rewards for Searle. The work was vile and hateful, with bitter attacks on Maugham's deceased wife, exposing him to much public ridicule and wrath, typical letters telling him to get out of the country and not come back. Maugham was fearful and devastated, and left for the last time. He went half mad with regrets and nightmares and just as it was decided he should be declared insane and committed, he tripped and fell to his death at the Mauresque.

A sad end to a heroic life. Maugham wrote the short story Daisy (read here) decades earlier about a father and daughter being turned against each other with no reconciliation at the end.