Got to the end of this epic read. Of Human Bondage is Maugham’s best known work. And… it’s not without fault, somewhat cluttered and overlong… not the first thing I’d recommend as an introduction to Maugham’s work.

But it’s a masterpiece.

Maugham’s first novel Liza of Lambeth was successful enough that he decided to give up the medical profession and devote himself to being a writer. However, further success was elusive and after a few years of financial difficulty, Maugham turned to the theatre in a
calculating way, understanding exactly what audiences wanted to see and writing plays accordingly. And with great success.

But he had this book in him. Especially the first part about a cold and pious childhood (based on his own) had to be written. The sprawling work was published during the war at a time when such a long, introspective book wasn’t of much interest to anyone.

His following book was The Moon and Sixpence (my introduction to and favourite book by Maugham - start here!), where Maugham really finds his niche of writing in the first person narrative, the narrator a ‘genial, clubbable character fond of reading and bridge. A tale begins in an informal tone of voice, with autobiographical detail proffered, the reader is effortlessly drawn in, as immediate as an anecdote from a friend.’ (quote from Selina Hastings)

The Moon and Sixpence was a shorter, exotic novel about the nature of art and the artist, just what the world wanted after years of the grimness of war, and was a big success. This and a successful film version of Of Human Bondage caused people to rediscover the work and it acquired its status as a classic. 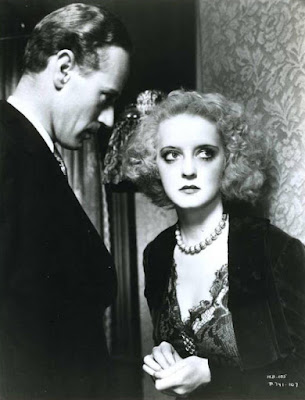 The first part of the novel is based on Maugham’s childhood. After the death of his parents he is brought up by his unloving, pious vicar-uncle, and suffers a brutal time in a boarding school due to his disability which is much the reason for the character’s shame. Maugham gave his character a club foot to represent the severe stammer which left him afraid to speak. This dark and dreary saga is drawn out and perhaps more interesting to someone interested in Maugham’s own life. As he said, this was a book he had to write – and this part is obviously more for himself than for the reader.

Then a visit to Germany, full of detail and description, which is mostly without interest except his first affair where our narrator feels one thing but says another to an older woman for the sake of his first conquest. He writes to a friend romanticising his first love, then depressively laments on the contrast between the ideal fantasy and what real life has to offer.

The second part is like a different book. The story gets going when Philip meets his 'nemesis' (or, the woman he falls in love with), Mildred, a bitter, hateful character, and Philip curses the power that puts him in love with her, and the tussle between the two characters is wretched and awful to the point of comic genius.

The episodic story progresses and comes into its own, many ideas are explored and the theme suggested by its bold title comes through to hold everything together, the bondage of mental and physical weaknesses and limitations that make humanity.

I've just started The Moon and Sixpence, love it so far!