Reblogging an old post from... April 2012. Goodness, where does the time go?

In Paris, I tour the cafés where Parisians sip wine and coffee, and seek out where legendary artists worked. 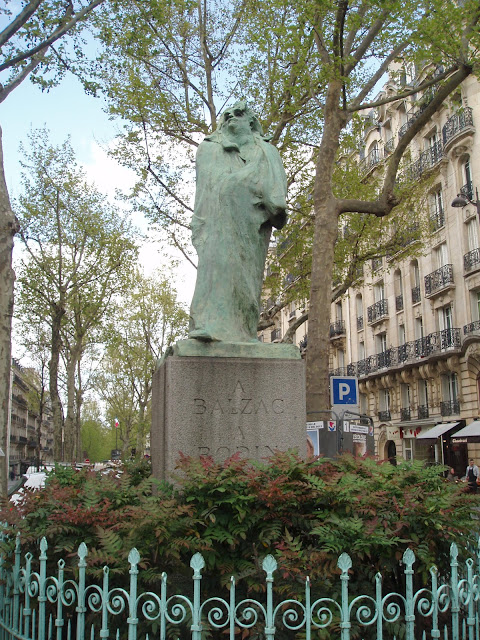 A Balzac A Rodin, at the top of Boulevard Montparnasse


Many of the big name literary cafés are on the Boulevard Montparnasse. A newspaper said of the Montparnassians, they 'sleep in the morning and afternoon, and spend the evening upon the terraces of the Dôme, the Rotonde, the Select, and other neighbouring cafés. They have dark circles under their eyes and read parts of Ulysses.'

In La Closerie des Lilas, Hemingway worked on The Sun Also Rises and F. Scott Fitzgerald complained his novel The Great Gatsby was not selling.

The original Jockey club is synonymous with artists' model Kiki. It's where she sang and became a muse to many. Hemingway in his introduction to her memoirs Kiki de Montparnasse said, 'She never had a room of her own and never was a lady at any time. But for about ten years she was as close as people get nowadays to being a Queen, but that of course is very different from being a lady.'
It's Kiki who graces some of Man Ray’s most iconic images. 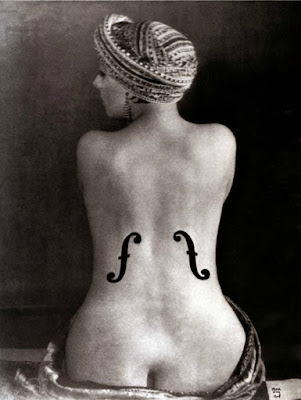 Le Violon d’Ingre (Man Ray 1924)
Saint-Gemain is where Hemingway first stayed after his arrival in stopping and writing a short story. 'After writing a story I was always empty and both sad and happy, as though I had made love.' 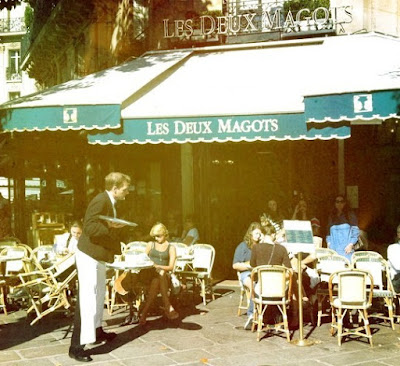 The Deux-Magots was where he drank with James Joyce. He also frequented Café de Flore. 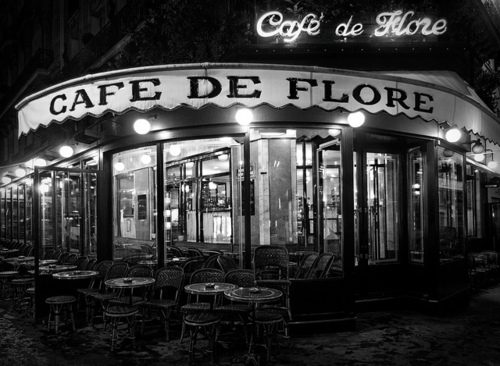 Hemingway didn't seem to like anyone. But he called Joyce, 'The greatest writer in the world.'

The real place of worship for the literary nerd is the Odéonia/ Saint-Sulpice area, where Sylvia Beach had her bookshop, the original Shakespeare and Company.

Also popped into Amelie's café in , and said hello to Oscar Wilde and Marcel Proust in the .

Facts from this blogpost were taken from a great book: Walks in Hemingway's Paris by Noel Riley Fitch.