Depressing to be writing this in May... but what with the days of torrential rain (there's better weather in Berlin! Not fair!), I've been watching the odd film. Handy that I've got an old VCR player (well, 10 years old, which I don't think is actually very old). I've been picking up great films for less than a quid including Manhattan (so good) and one of my favourite underrated comedies, the highly recommended So I Married Married an Ax-Murderer 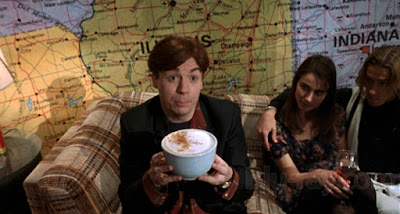 What is this? Campbell's Cappuccino?


Two days ago was the anniversary of the 1941 premiere of Citizen Kane, and I picked that up for 75p (had a receipt inside, it cost £15 in 1999, media is just worthless eh). I've never actually seen it before, and what a great film, a true labour of love. But what's all this talk that Orson Welles never again hit the heights of his debut? Being a noir fan, I was much more blown away by The Lady from Shanghai and the relentless A Touch Of Evil. And his stepping out of the shadows in the The Third Man is the stuff of legend. Interesting fact is that his last film contribution was the voice of Unicron in the 1986 Transformers: The Movie. 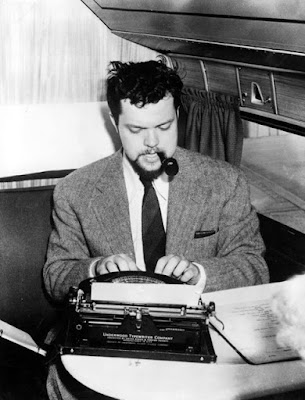 H.G. Wells was driving through  and stopped to ask the way. The person he happened to ask was none other than Orson Welles who had recently broadcast 'The War of the Worlds' on the radio (causing a nationwide panic, many listeners convinced that the Earth was being invaded by Mars). They got on well and spent the day together :)

Saw Withnail and I for the first time in years, a diamond of the UK's film catalogue. I don't remember it ever being as funny as I do today, the lines that Danny comes out with, and the physical comedy of Richard E Grant. Danny's priceless advice has served me well over the years whenever I felt queer from eating too much tapas. 'Change down, man. Find your neutral space. You got a rush. It'll pass. Be seated.' 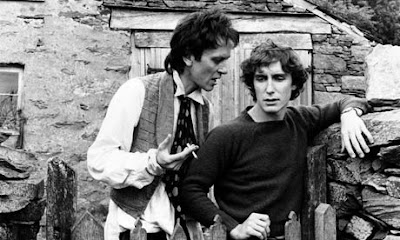 Email ThisBlogThis!Share to TwitterShare to FacebookShare to Pinterest
Labels: film, Orson Welles, So I Married Married an Ax-Murderer, Withnail and I