Snippet of 'Hello Berlin!' at the bottom of this blogpost. First a little introduction to the snippet; actually this introduction has been lifted from another blog (habitatsforhumans.tumblr.com) as I thought the photographs and paragraph were so perfectly apt and concise. 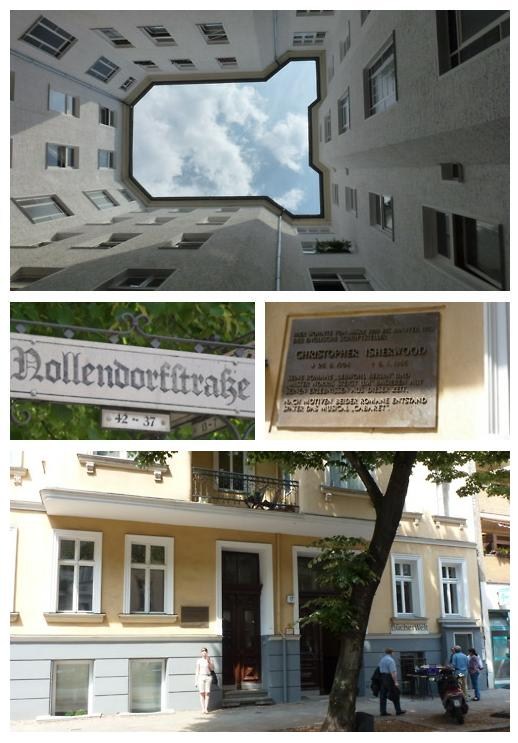 A visit to Christopher Isherwood’s

The author Christopher Isherwood lived in in the 1930s. He beautifully illustrates the city, its people and the decadence and poverty of the time, as the Nazis crept into power. Isherwood’s characters are all based on people he knew in the city - wonderful, complex, intriguing and often decadent, repressed or tragic individuals; he honours them all by writing about them with such generous attention to detail. Frl. Schroeder, his landlady, rented a room to Isherwood on Nollendorfstrasse, in the Shoeneberg district of Berlin, which I have shown photographs of above …His books Goodbye to and Mr Norris Changes Trains focus on and are brilliant.
(habitatsforhumans.tumblr.com)

Nollendorfplatz
Altbauen* – beautifully décored and restored
Red-brick churches
and small intimate cafes
surrounding a gorgeous market square
This is where I live
My neighbourhood
So full of colour and life
The layout, the architecture
So pleasing to the eye
I just sit here people-watching
I could sit here all day every day

It’s not just Anja I’m falling in love with. It’s damn fine
living in Berlin. You can cycle to work on the wide empty
roads (Berlin’s population is a third of London’s), cruise
across the city in twenty-five minutes or contact a friend
at short notice to get ice cream on a Sunday at midnight
in a café on a cobblestoned street. (I don’t have a job or
friend – but it’s all potentially there for me.) At the foot of
most apartment buildings are all night restaurants and
bars, so the streets are always lit and inviting.

I grew up in Harrow, where grey skies, concrete
buildings, and cracked tar roads full of traffic dominated
the landscape. I feel like I need to sit here and absorb all
that’s around me in my new home to feel human again
after years of living like a cog in a badly-oiled machine.
This is Nollendorfplatz, the centre of gay and
Bohemian life in Germany during the Weimar period
between the wars with its theatres, clubs and cabarets.

Despite the Altbauen*, I feel no sense of history sitting in
its cafés. It’s fresh and new, with its curry houses, sushi
restaurants, cocktail bars and young people. But this is
where Christopher Isherwood wrote his famous Berlin
Stories which became the film Cabaret. Some internet
research led me to Fraulein Thurau’s boarding house on
Nollendorfstrasse where he lived, worked and set his
stories. This was a thrill as I’d been getting my pizza
slices from the amazing Dolce Pizza stall just two
minutes away nearly every day. Imagine: ‘Where is that
place that I want to go pay homage to? Oh, two minutes
down that street.’

Isherwood arrived in Berlin in 1929 to visit his friend
W.H. Auden and ended up staying until the Nazis were
in power – burning books to send a message to the rest of
the world about what they stood for. His writings sum up
the vibrant Weimar culture that existed before Hitler. It
was a time of decadence and dancing while the Nazis
lurked menacingly in the background – they were
actually comical to the Berlin hipsters, handing out
propaganda flyers and asking for donations. And as they
seized control of Germany, Berliners became even more
party-crazy, as what else is there  to do when the world
seems to be coming to an end? 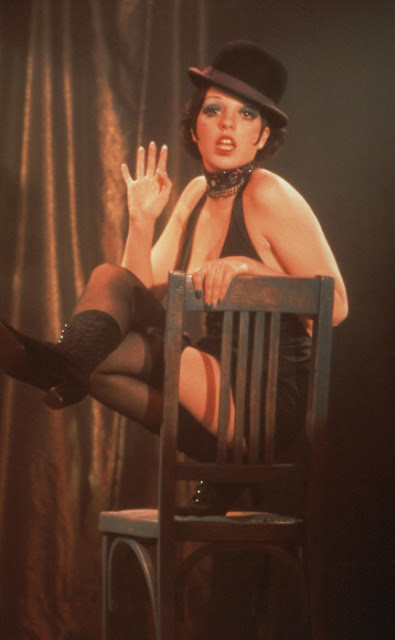