The Colossus of Maroussi

Back from a lovely sunny week on . 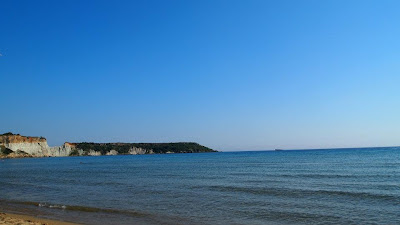 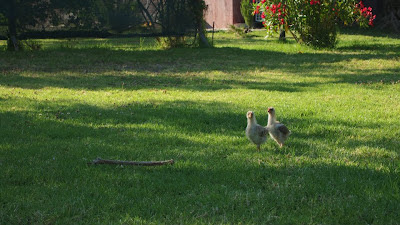 Took with me Henry Miller's The Colossus of Maroussi, basically a long love poem to Greece showing the author thrive on natural beauty, ancient place names and the simple attitudes of the people, making him conscious of the larger world he was part of, and how laughable are the mediocrities, neuroses and duties that people make so large.

‘He is a master of many worlds and in his own he is a slave.’ 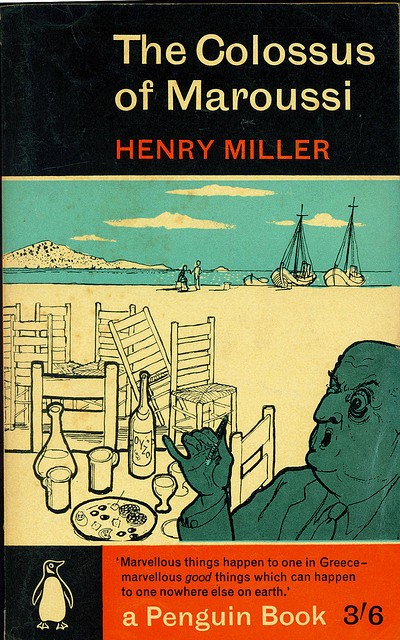 Other sunny reading I took with me was Maugham's novel Catalina. This isn't one of his most respected works, I saw it as necessary reading as it was his last novel. 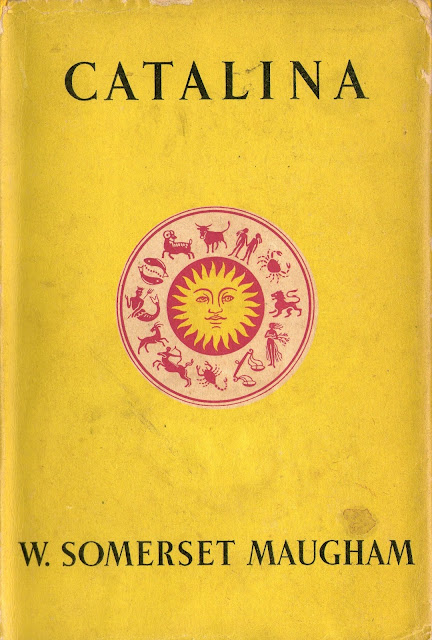 The most fascinating thing about the book (a beautiful 1949 edition I found) was the incredibly negative blurb on the back. I've never seen anything like it! 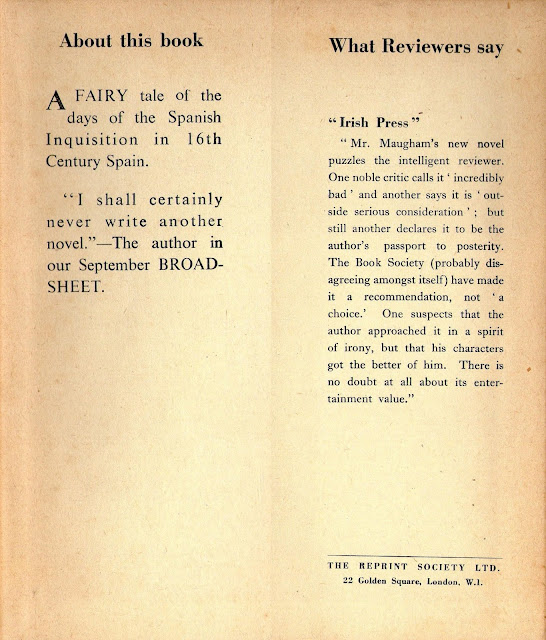 Perhaps nothing is so bad with such low expectations... when the cover jacket tells you it's 'incredibly bad'! Told in Maugham's wonderfully fragmented way, the story sweeps you away, told with comic ironic piousness, but with the descriptions of the horror of the Spanish Inquisition stopping you from becoming too amused. I did have to skim a lot of the characters' page long monologues on the glories of god. It reads like a clever allegory, with the moral that earthy goodness and human love is better than pious living and god worship. It has the following irresistible line:


‘It is hard to believe that He would have created so beautiful a world if He had not desired men to enjoy it. God made me a man with the passions of a man, and did He give them to me only that I should suppress them?’

The Bishop could have told the poor poet that we are placed on this earth to scorn its delights, but would his words avail?

The story is balanced and serious, and seems to come to an inevitable conclusion, when it suddenly veers off into a strange adventure as its central characters bump into Don Quixote and start new lives which parallels Maugham's contemporary novel Theatre - very unexpected, very strange, but I'm all for a bit of experimentation.