Considered one of the fathers of the modern short story, Guy de Maupassant wrote faultless tragic-comedy, a very hard thing to do, he painted a world ridiculous but heavy with pathos. He claimed he had no invention, but was simply a keen observer and wrote simple episodes of everyday.

Growing up, he attended the literary salons of an old friend of his mother’s, Gustav Flaubert, that included the likes of Emile Zola. He rarely shared in discussions and made no impression other than being a simple young athlete.

He submitted some sketches to Flaubert who, not struck by his talent, nevertheless encouraged him to persevere. In 1880, he made his first contribution to a collection of stories which included big literary names, and surprised all with Boule de Suif, often accounted his masterpiece, proving himself a master of the short story form. 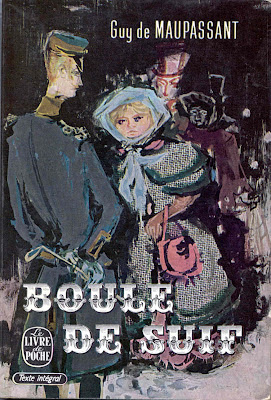 He was prolific. His stories were commissioned and he produced them with no apparent effort. His career spanned a mere ten years, in that time he authored some 300 short stories, 6 novels, 3 travel books and a volume of verse.

By 1886, Maupassant was suffering nervous attacks, crazed paranoia and severe insomnia, he tried to curb these ailments with drugs, wrote less, and what he did write suggest that he was subject to alarming hallucinations. In 1892 he attempted suicide and was sent to an asylum. His horror story, Le Horla, was about the madness and suicide of a man who was completely aware of his own growing insanity yet there was nothing he could do about it. He died in 1893 aged 42. 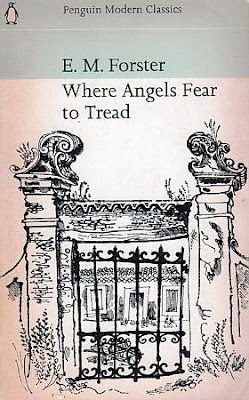 I also recently read E.M. Forster’s Where Angels Fear to Tread. I thought this book was amazing tragic-comedy. Written with understated wit and irony, the characters are mostly farcical,  the English are portrayed as pompous and detached, and the Italians wacky, ignorant, macho layabouts, but moments of badly timed morality and common sense twist the plot and the story convincingly leads to a moving, explosive conclusion.

The Guardian have a top 10 list of comic-tragedies, 'From Catch-22 to the Book of Job, books that look into the abyss, smile, and give the abyss the finger'.

She & Him perform Fools Rush In Where Angels Fear to Tread