And I thought I was a film noir buff. I’ve only just discovered the films of Jean-Pierre Melville.

An interesting character, after the fall of France in 1940, he entered the French Resistance, adopting the nom de guerre Melville, after his favourite American author Herman Melville, and fought in Operation Dragoon.

When he returned from the war, he kept Melville as his stage name and applied for a license to become an assistant director, but was refused. Without this support, he decided to direct his films by his own means. 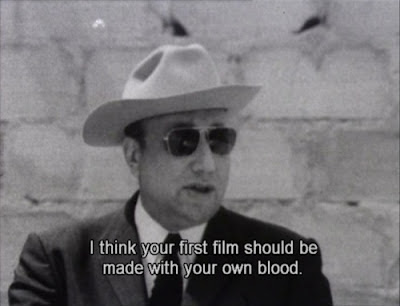 Coming from the outside without apprenticeship, he started by shooting his own short films. His first film was made without permission and was fined for violation of rules, a fitting start for an iconic independent spirit and difficult personality. He became an independent film-maker, uncompromising about the films he wanted to make, and owned his own studio.

Gangster films and the French resistance was his double interest. He loved jazz and American literature (Faulkner, Poe, Herman Melville) and cinema, and remained scarred by France's defeat, the armistice and German occupation, exploring themes of shame and corruption. 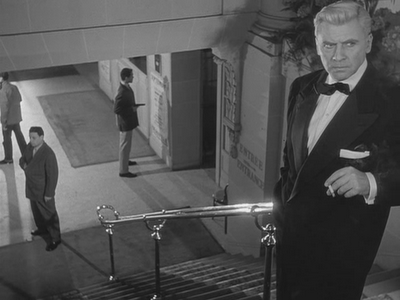 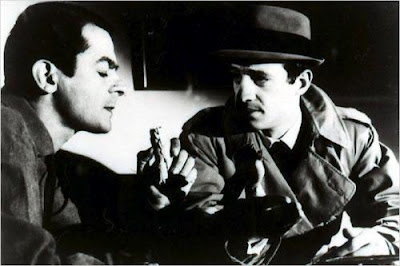 Serge Reggiani and Jean-Paul Belmondo in the classic Le Doulos 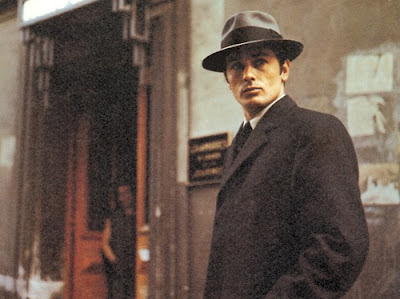 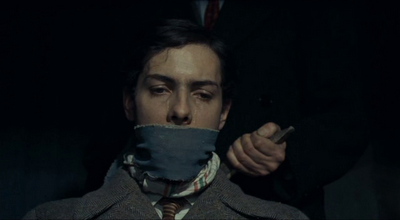 Army of Shadows (L'armée des ombres) (1969), an adaptation of Joseph Kessel's 1943 novel based on his experiences as a member of the French Resistance

His noirish crime dramas, such as Le Doulos (1962) and Le Samouraï (1967) take place in an almost fictional France - in Paris in the 60s people didn’t wear trilby hats and trench coats, the shadowy alleys and apartments would have been hard to find in the real city. This way he able to bring the noir genre to France, but not the Western (though aspects of the Western can be seen in his work).

His independence and 'reporting' style of film-making (he was one of the first French directors to use real locations regularly) were a major influence on the French New Wave film movement. Jean-Luc Godard used him as a minor character in his seminal New Wave film Breathless. When Godard was having difficulty editing the film, Melville suggested that he just cut directly to the best parts of a shot, the film's innovative use of jump cuts have become part of its fame.

Melville's true apprenticeship (like many of the New Wave directors) was served in a cinema watching an endless run of films throughout the day. It was amour fou – an all consuming passion.

He described his films as a cake. The pastry the deeper meaning and the cream the pleasure.