A Short History of America by R. Crumb


Everyone walks round, they’re walking advertisements, they got advertisements on their clothes, you know, they’re walking round with Adidas written across their chests… The whole culture’s one unified field of bought, sold, they’ve market researched everything. People used to affirm their own culture, it took hundreds of years, it evolved over time, it’s gone, now in  people don’t have a concept there ever was a culture outside of this machine created to make money. Whatever’s the biggest latest thing, they’re into it, you know, you get disgusted with humanity after a while for not having more intellectual curiosity to see what’s behind all this jive bullshit.

- From Crumb, the 1994 film about cartoonist Robert Crumb, founder of the underground comics movement and creator of such comics as Mr Natural and Fritz the Cat. A friend of Harvey Pekar, Crumb illustrated many of his American Splendor comics including the first issues. One of his most recognized works is the Keep on Truckin' comic, which became a widely distributed in the 1970s. Crumb found himself reluctantly becoming an icon of hippy culture and therefore began to explore his 'sexual deviant' side in his later work. 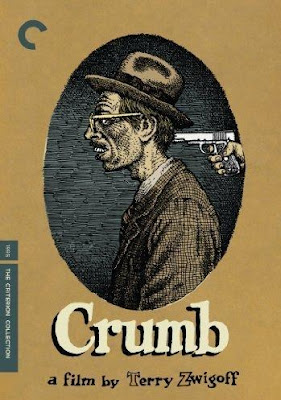