Tacheles. You will be missed

Spent the weekend in my favourite city. Berlin’s bright autumn light shimmered, I sat in beautiful café’s where you aren’t asked to vacate your seat for waiting clientele, swam in beautiful lakes and met some lovely people enjoying the dimly lit, crusty walled bars. 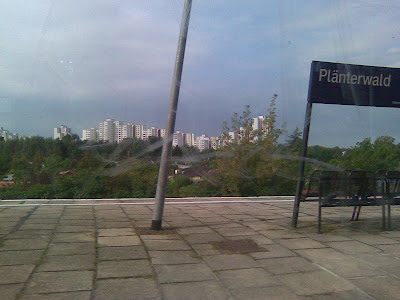 lame photo I quickly took in a moving train. I always see this place on my way from the airport to the city. It's a strange sight, that hotchpotch of white buildings poking up over the trees 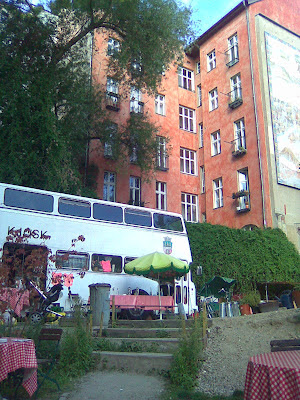 beautifully bizarre cafe in kreuzberg, situated in some kind of crater 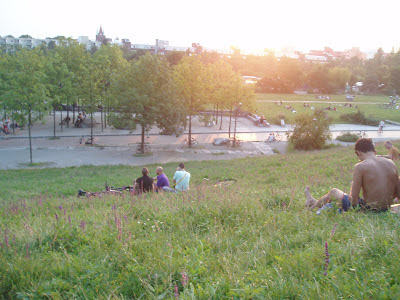 Unfortunately, what displays the change in the city and one of the things wrong with the world is the closure of 's Tacheles, a sad day for alternative art. The famous art squat, once a no man's land of creativity and freedom, has been subsumed by heartless capitalism. Artists turned the derelict building into a landmark of 's alternative art scene when it saved the building from demolition in the early 90s.

The closure by the authorities of a city increasingly dominated by property and finance, is a sad moment for anyone who believes art can offer alternative visions of the world.

Today's art is full of big talk about subversion, the default crest of artists like Damien Hirst. But no one can really believe that artists steeped in the big money art world are genuine in any way, they’re much better at merchandising than anything else. 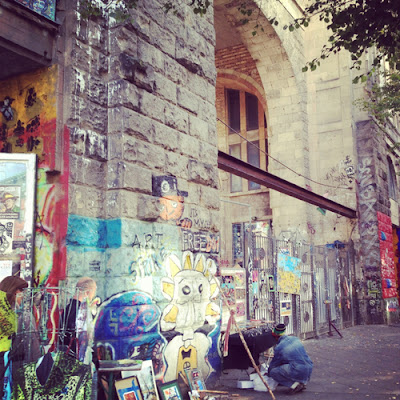 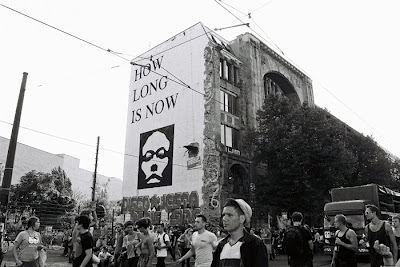 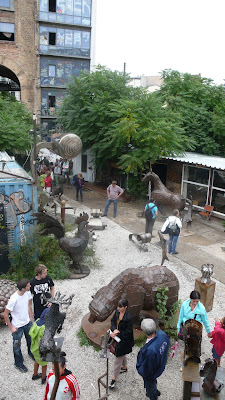 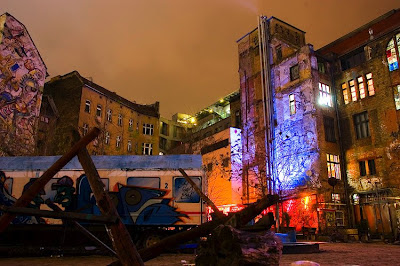 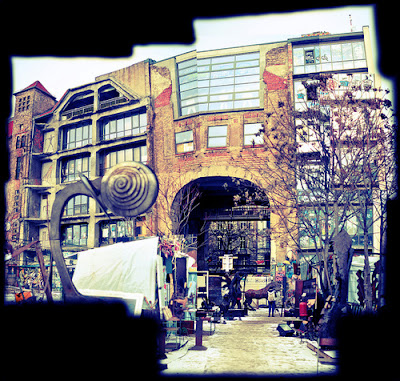 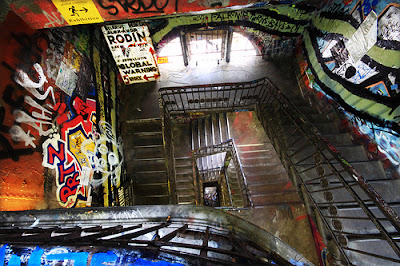 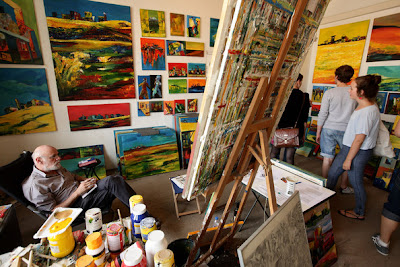 Good to know you enjoy...And really sad to know Tacheles is not anymore. Hopefully it will show up in a new corner of the city!