The Teachings of Don Juan by Carlos Castaneda was the first of a series of books by Castaneda that described his alleged training in shamanism, relating to his supposed experiences under the tutelage of a Yaqui 'Man of Knowledge', Don Juan Matus. 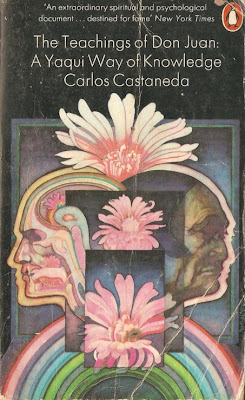 Castaneda wrote of the 'nagual'(non-ordinary reality), a part of perception in the realm of the unknown reachable by seers. The term has been used by anthropologists to mean a shaman who is believed capable of shape-shifting into an animal form, or to metaphorically 'shift' into another form through magic rituals, shamanism and experiences with peyote.

Castaneda's writings sparked a resurgence of interest in using peyote as a psychoactive drug. It holds quite a place in literature, especially with the authors of the Beat Generation who wrote about their experiences with peyote, or were otherwise influenced by the plant. Allen Ginsberg's Howl was partly inspired by his use of peyote in his apartment in , when he had a vision of the Sir Francis Drake Hotel and the Medical Arts buildings being transformed into the ancient Phoenician god Moloch. Ken Kesey, while working as a night watchman at a psychiatric ward, said he was peyote-inspired to write his novel, One Flew Over the Cuckoo's Nest. 'Peyote... inspired my Chief narrator, because it was after choking down eight of the little cactus plants that I wrote the first three pages.'

Quite a disturbing hour long BBC4 documentary on Castaneda, his cult and his ‘witches’, here, I warn you there's some shameful spooky music and sound effects, very interesting though.

I just added your web page to my bookmarks. I enjoy reading your posts. Thank you!