…or ‘Watching more things on VCR’.

Nearly the whole of April was cold and rainy… same old story. Fortunately for me I discovered my local libraries lease old VHS films for free! …because no one else wants them. So I got to watch entire works of Julio Medem.

The film of his I’d seen was Lucía y el sexo / Sex and Lucia, absolute classic. Visually rich, lots of sun and moon imagery, a little Almodovar-esque in its use of bizarre coincidences and a twisting plot; scenes from the past, the present, fantasy and one of the character’s written fiction blend together as Medem explores the pull of desire, temptation and sexuality.

Medem made short films in the 70s and 80s using his father’s Super8 Camera. In 1992, Vacas, his first full length film, won him the Goya award for best new director. Another highlight is the recent Room in / Habitación en Roma. This film has gorgeous music and setting, and consists of two beautiful women in a hotel room spending a night talking and seducing each other. Obviously I loved it, but it wasn’t just the titillation. It’s an intimate play that unfolds through the night in tricky surprising ways. 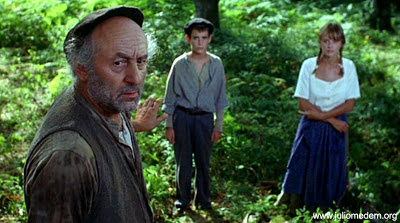 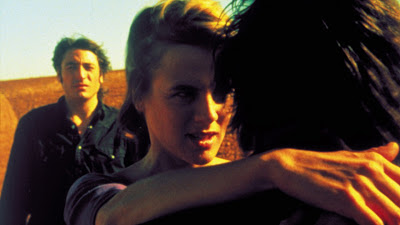 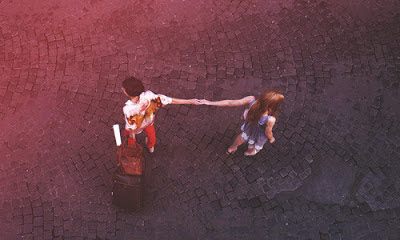 Caótica Ana/ Chaotic Ana, 2007, was inspired by Medem’s younger sister, who died in a car crash in 2001. 'My sister Ana Medem was a painter, and she still remains one through her paintings. My sister celebrated her largest exhibition of paintings at a winery resort in Carignan, south of . Arriving by car to this wine region I again recognized the reddish hue of the landscapes of Tierra (Earth), my third film that I shot there five years back. My sister was meeting us, relatives and friends, at the entrance hall of the exhibition. That is, the people she most wanted were waiting for her, by a closed door that she should open. A few minutes before the fixed opening time, three kilometers away, my sister died in a car accident. We did not enter the exhibition. I have in my mind a full moon in the sky in late afternoon, almost red, and almost over the highway, while driving my car to The next day, before they closed my sister’s coffin, I decided – and I told her – that one day I would shoot a film on her.' The film features the artwork of Ana Medem.