Held to be one of Charles Dickens's finest novels, at the core of Bleak House is the long-running case of Jarndyce v Jarndyce which reminded many readers of the real life thirty-year Chancery case over Charlotte Smith's father-in-law's will. The case revolves around the fact that he apparently made several wills. The litigation consumed between £60,000 and £70,000 in court costs and was emblematic of the failure of Chancery.

Dickens's assault on the flaws of the British judicial system was based in part on his own experiences as a law clerk, and in part on his experiences as a Chancery litigant seeking to enforce copyright on his earlier books. His harsh characterisation of the slow, arcane Chancery law process gave memorable form to pre-existing widespread frustration with the system. His novel helped to spur an ongoing movement that culminated in the enactment of legal reform in the 1870s.

I was in the Holborn/ Chancery Lane area and found many of the locations from the novel (and from Dickens’s real life law career) are still around today. 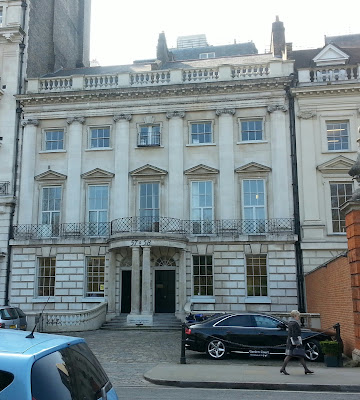 In Lincoln’s Inn Fields, a square completed towards the end of the 17th century, you'll find no. 58, home of Dickens’s good friend and biographer, John Forster. It was also the inspiration for Mr Tulkinghorn’s house in Bleak House. ‘The crow flies straight across Chancery Lane and Lincoln’s Inn Gardens, into Lincoln’s Inn Fields’... ‘Here, in a large house, formerly a house of state, lives Mr Tulkinghorn. It is let off in sets of chambers now, and in these shrunken fragments of its greatness lawyers lie like maggots in nuts.’ 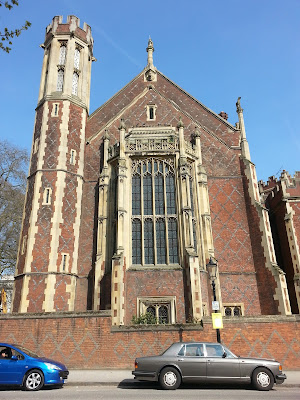 Lincoln’s Inn Hall is where the Chancery court case of Jarndyce v Jarndyce ‘drones on’. Some of the buildings around this square date back to the 15th century. 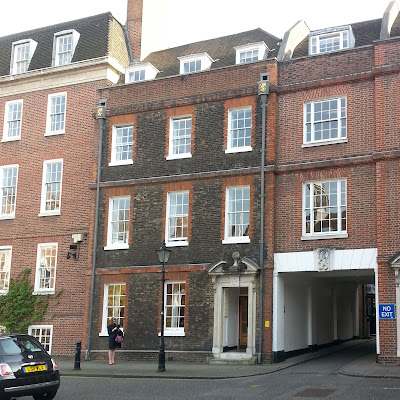 Lincoln’s Inn is one of the four Inns of Court. Another is Gray’s Inn. Here, at no. 1 South Square, a 15 year old Charles Dickens worked as a clerk/ messenger, finding the work dull in the extreme! 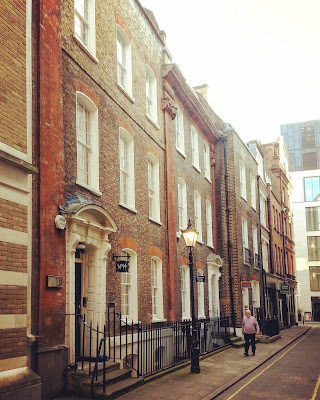