The Triplets of Belleville

Forgot how great this film is. The Triplets of Belleville / Les Triplettes de Belleville (2003). So quirky, original, eery, funky, so many ingredients in the pot, so many homages/ influences... 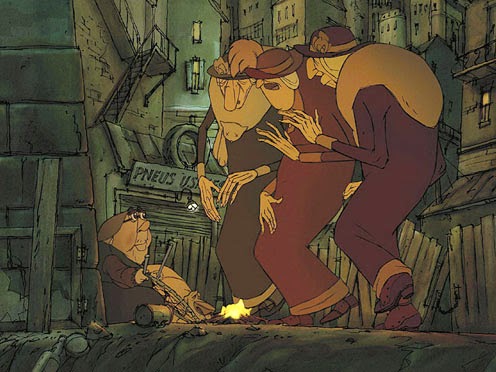 Sylvain Chomet's first feature-length film tells the story of Madame Souza who goes on a quest to rescue her grandson, a Tour de France cyclist, who has been kidnapped by the French mafia for gambling purposes and taken to the city of Belleville. She is joined by the Triplets of Belleville, music hall singers from the 1930s, and her obese hound, Bruno.

In 1991, Chomet started work on his first animated film, the short The Old Lady and the Pigeons / La Vieille Dame et les pigeons (which can be seen on youtube). During 1995 and 1996, it was completed, and won many top awards. 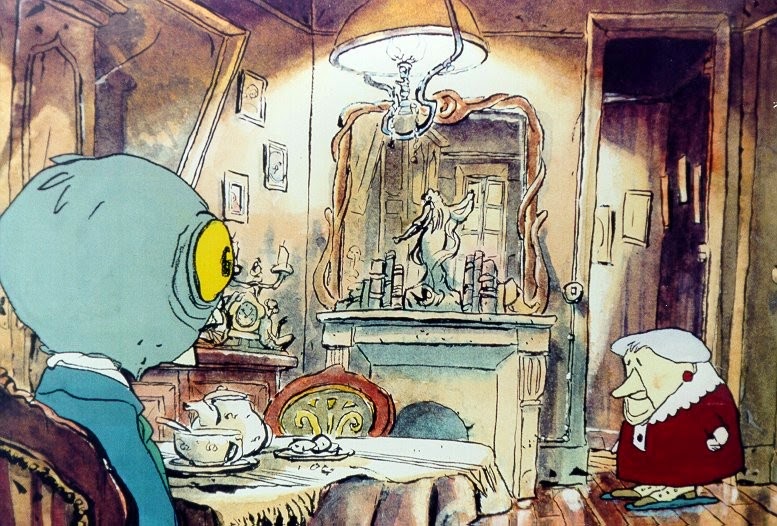 After The Triplets of Belleville, Chomet's next film was The Illusionist / L'Illusionniste. It is based on an unproduced script that Jacques Tati had written in 1956 as a personal letter to his estranged eldest daughter, and stars an animated version of Tati himself. It was originally conceived by Tati as a journey of love and discovery that takes two characters across western Europe to Prague. Chomet said, "Tati wanted to move from purely visual comedy and try an emotionally deeper story... Tati wrote the script and intended to make it as a live action film with his daughter." The film is made with loving attention to detail and as much originality as you’d expect, but the problem for me is that, where Triplets/ The Old Lady have very surreal stories, The Illusionist could be a live action film, so there is only so much Chomet’s magic wand could add to the story. There are some great moments, mostly in the background, such as the trio of acrobats and a Beatle-esque pop band, and the shots of rainy London and picturesque Edinburgh are great. 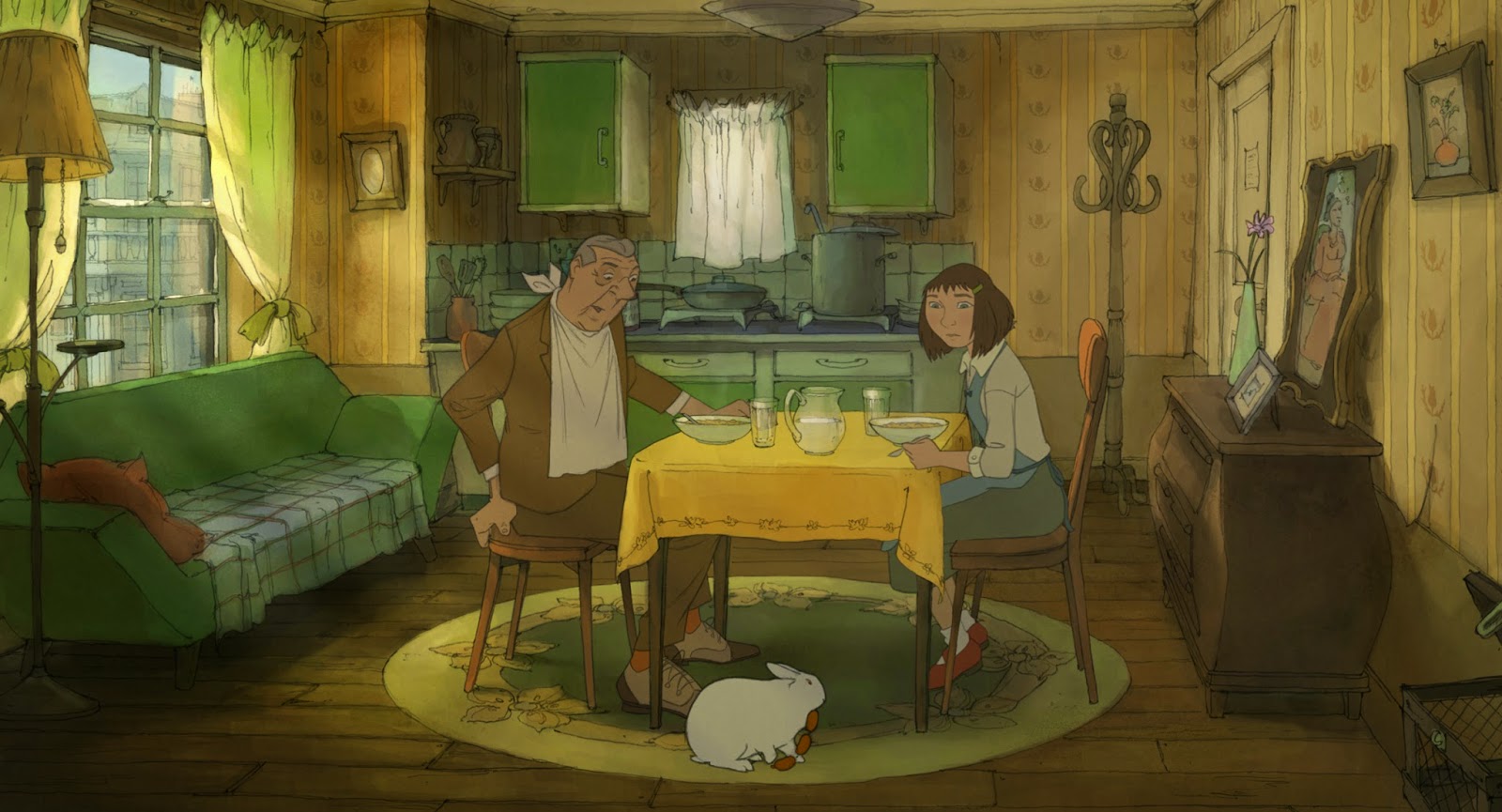 I remember seeing this one around a while ago and thinking I should see it. I just love the look of the visuals. Great review.