Erik Satie gave comic titles to his works to protect them from persons obsessed with the sublime (said Jean Cocteau). Veritable Flabby Preludes (for a Dog), Sketches and Exasperations of A Big Boob Made of Wood, Five Grins or Mona Lisa’s Moustache. His music is short, melodic, and well abused by the advertising industry.

In 1879 Satie entered the Paris Conservatoire, where he was soon labelled untalented by his teachers, 'insignificant and laborious', 'worthless'.

He moved to lodgings in Montmartre in 1887 and played piano in the Le Chat Noir Café-cabaret. He presented himself to the Le Chat Noir patron as a Gymnopédidist, a meaningless term. He wrote and published 3 Gymnopédies. He integrated with the artistic clientele of the Le Chat Noir, starting an enduring friendship with the romantic poet Patrice Contamine; and Claude Debussy, in fact they met once a week for the next 25 years. Debussy and others came under Satie's influence, respecting his repulsion of the fashion of grandiosity. Their paired down music would be about the substance of music. 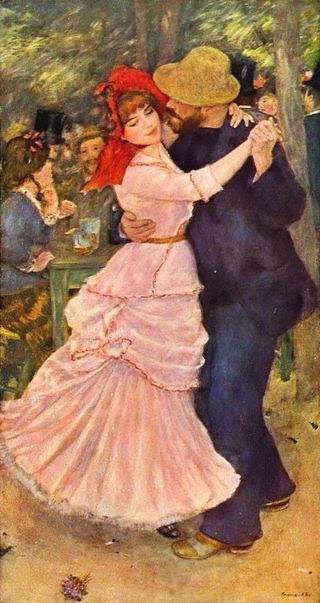 Renoir, Dance at Bougival, with Suzanne Valadon as model

Satie and artist, Suzanne Valadon, began an affair early in 1893. During their relationship, Satie composed the Danses gothiques as a kind of prayer to restore peace of mind, and Valadon painted a portrait of Satie, which she gave to him. After six months she moved away, leaving Satie broken-hearted, 'nothing but an icy loneliness that fills the head with emptiness the heart with sadness'. It was the only intimate relationship Satie ever had. After the affair, he wrote the epic Vexations. 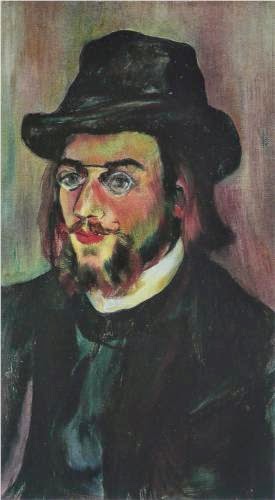 He became a hermit and lived on a harsh diet. After years of heavy drinking, he died in 1925 from liver disease. No one had ever visited his room. After his death, Satie's friends discovered compositions that were totally unknown or thought to have been lost (one, he had told them, he had left on a bus). His hovel of poverty was a chaotic mess, his piano was only reachable by balancing on piles of old newspapers; a half empty closet, a wretched bed and an ancient broken down piano with its pedals tied up with string.