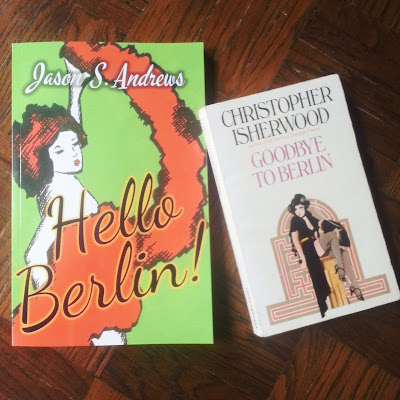 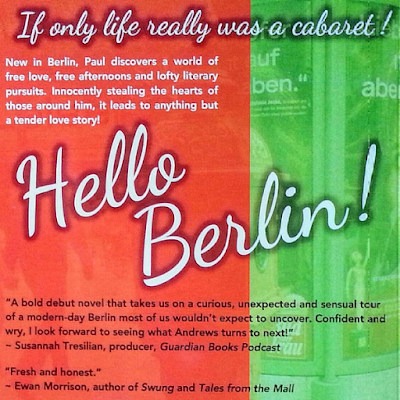 I lived in Berlin for several years and I think of myself as a European. Today certain powers in the UK want to withdraw from the EU. I felt the need to create a story about a closed-minded English guy who wakes up hungover in Berlin one morning in the noughties, and ends up staying there for a prolonged amount of time.

There are important things to learn from being part of a larger global community. And to be tied in with Europe, one so diverse and culturally rich in such a relatively small space, it’s something I’ve always felt blessed to be part of.

Will you learn about the wonderful cultural advantages of being in Berlin just fifteen years after the fall of the Berlin wall, and why it’s so important not to close ourselves off from the rest of the world?

This is a story about Paul and some funny scrapes he gets into, based on things that happened to me and the people I knew, and some imagination. Something I self-consciously feel I should warn people about is that the story is about the sexual misadventures of a somewhat brainless twenty-something Londoner out there in the world for the first time in his life. What inspired that approach? Well... once I’d come back to London someone asked me to write some ‘sexual adventures in Berlin’, as part of a publishing idea they had. The publishing idea didn’t transpire, but I was suddenly inspired.

I’d been an expat writer in Berlin for several years, and I tried, but couldn’t write about the amazing city or experience I was having. Why? Because I was surrounded by thousands of other expat writers trying to write the same thing. People were discussing ‘amazing Berlin’ everywhere, every day. I was literally riding my bike through town and I could overhear conversations in cafes as I whizzed by, and guess what? ...One person was always saying to the other, ‘The reason Berlin is such an amazing and unique place is...’

There was nothing I could say that hadn’t already been said, a lot. But now this idea had been planted in my mind, I finally started to write about the Berlin I experienced, and the ‘sexual misadventures’ idea seemed to pull the story along nicely. Yes, I had to make them ‘misadventures’, because when you put a prudish Englishman into sexually liberated Berlin, you don’t get James Bond, you get Frank Spenser.

It made me happy as I wrote down the recollections of myself and my friends, and added in the farcical sex-capades. Now it’s done, I feel a sad longing for a more innocent time before isolation was the UK’s national policy. And I had no idea at the time, but as you’ll see in the story, the Berlin I experienced doesn’t exist anymore, it was a moment in time that will never exist again.

Other formats, such as NOOK eBook and iBooks are available. The links for those options stopped working, so if they are your desired reading option, let me know and I'll nudge the publisher to create new links.