The Beauty of Humanity Movement by Camilla Gibb

Fascinated by Vietnam and soup, I had to buy this book - The Beauty of Humanity Movement by Camilla Gibb - after reading the tagline: ‘They say that the history of Vietnam can be found in a bowl of Pho.’ I travelled to Vietnam in 2006 and wanted to write about it, but I felt like such an outsider; there was a huge barrier between local and ‘tourist’.

The book was a great read as Gibb managed to capture a culture that I couldn’t feel. I also love a private story that is a microcosm of something much larger. 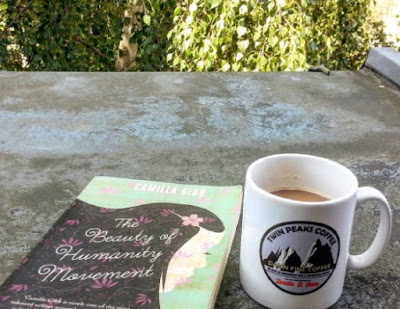 I had a look at Gibb’s website and one of her world Pho recommendations is Thanh Binh in Camden! I know this place, it’s been there for maybe 30 years, the owner is a sweet, proud lady who’ll tell you about catering for the likes of Mick Jagger and Sting.

Also, there's a beautiful story behind the scenes of the creation of this novel. I'm retelling it from memory as I can't find the video anymore. Camilla Gibb said she was eating in a canteen and a man sat down near her, and they started talking. Gibb told the man about the novel she was trying to write, but she didn't have time while she was working a full time job. The man amazingly offered to provide the funds she needed to finish her novel.

She published her novel and became a successful author, and while in Vietnam, she met a young man who had a dream of opening his own Pho restaurant (similar to the plot in the novel). Gibb decided to pay it forward, and she provided the funds he needed to open his restaurant. Beautiful stuff!